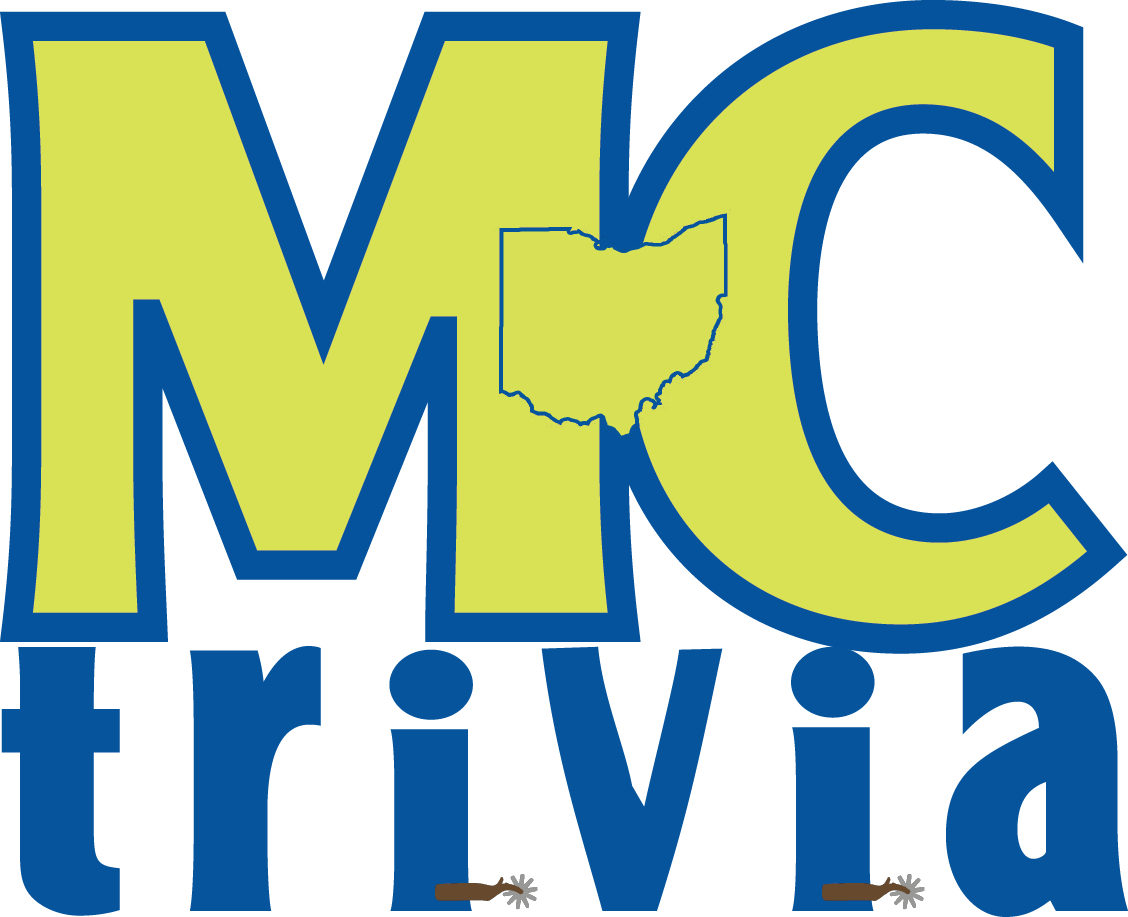 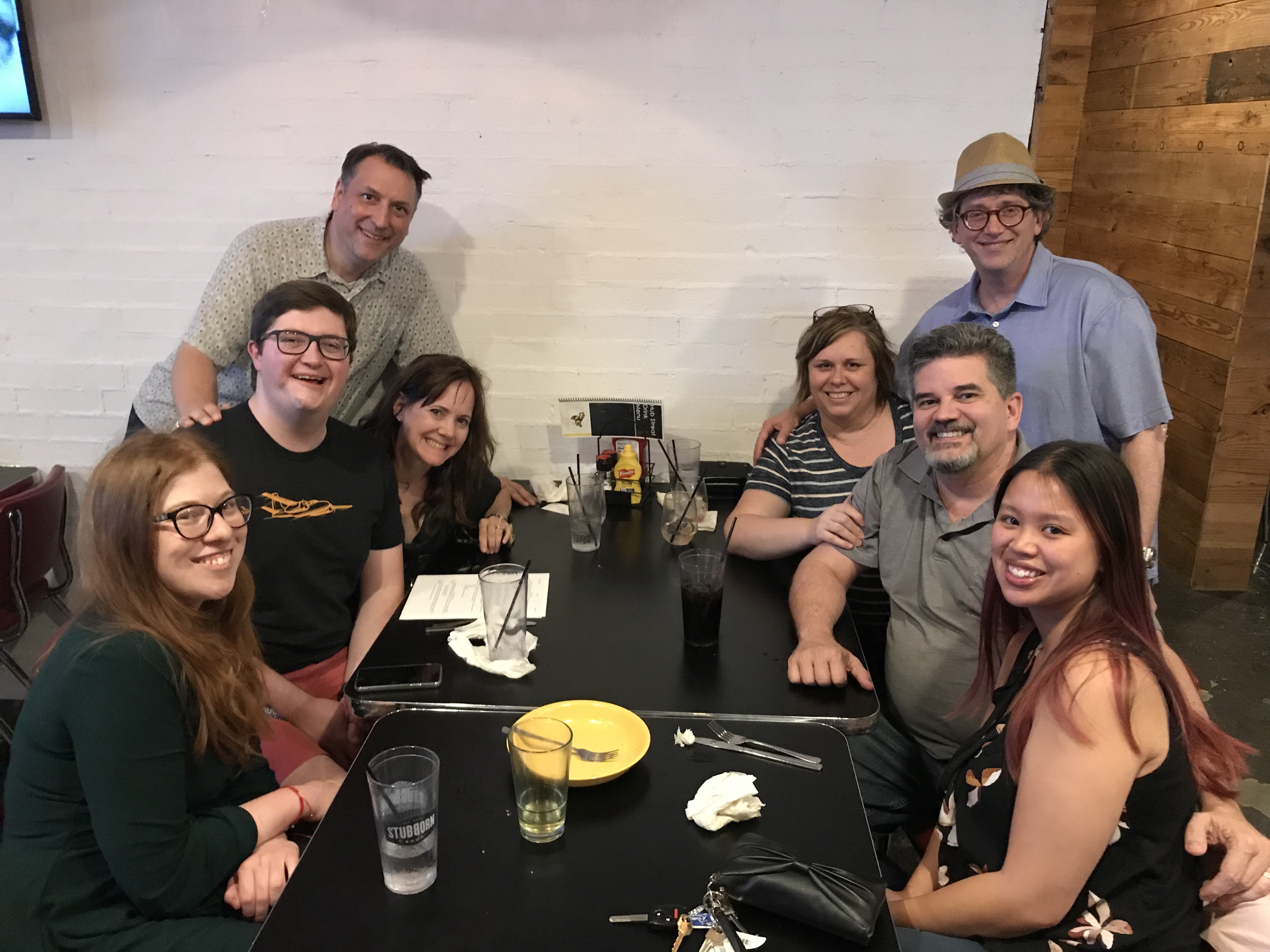 Last week was a small hit!

Several of our regulars had a great deal of fun last week with the questions we posted. We are so happy about that!

We have been discussing some kind of online play. We have been resistant to such a thing in the past, preferring to keep and maintain human contact. We may chose to keep it here and hope you understand.

Because of the current situation, MC Trivia will not be hosting Trivia for 2 weeks. We believe it is the responsible thing to do. We consulted Hub Streat and they concur. We hope you agree.

That means the next day we should get together is APRIL FIRST! That just makes my face smile. We are decidedly looking forward to being foolish with you all!

We will update here if plans change.

ALSO, Mike and I will post the questions and answers here tomorrow by 7:00 on Wednesdays if you want to play among yourselves.

Folks, this is probably going to be a scary and stressful near future. We hope to lighten that a bit for you.

Please take care of yourselves and your families and loved ones.

We will be at Hub Streat for the foreseeable future.

Thank you Hub Streat for our home. They can be found on the WWW at hub.st.

Here is the link for their free parking map. http://hub.st/parking/

MC Trivia is now on Facebook! See below for the link.

This weeks winning team and the category they have chosen for next week.

Congratulations to Onions Make Me Sad for winning 3-11-2020!

The chosen category for next week is “Live Aid” the band.

You will find it on Spotify. We are “mikencurt” on Spotify. You will always find our playlists there with the date.

You will probably have to friend us there first.

Don’t peak at the bottom…

*posted online only at mctrivai.net

Public games of MC TRIVIA are temporarily suspended due to the coronavirus outbreak.
Stay healthy everyone! Get Hub Streat take out when you can!

Sarah Jessica Parker
1. Today is the “Sex in the City” star’s 55th birthday. Where was she born, Texas, Ohio or New York?

2. Long before she was known as a sexy New York socialite, she was a teen star in which 80’s movie: Footloose, Flashdance or Dirty Dancing?

25 Years Ago
3. Today is the 25th, so we ask about things that happened 25 years ago. The nominees for the Grammy Award for Best New Artist in 1995 were Alanis Morisette, Shania Twain and Hootie and the Blowfish. Who was named best new artist of 1995?

4. 1995 was a huge year for Hollywood as it produced a new James Bond actor and the first Pixar film. For one point apiece, name the actor who played James Bond in Goldeneye and the name of the first Pixar’s film that came out in 1995.

Elton John
5. Today is Elton John’s birthday. What is his real first name: Arthur, Reginald, Elton or John? For one bonus point, guess how old he is today?

6. While known mostly as a pop singer and songwriter, Elton John is also a composer. In fact three Broadway musicals he composed were nominated for the Tony Award for Best Score. For one point apiece, name them.

College Football Leagues
7. How many colleges are currently in the Big 10 Conference: 10, 12 or 14? For one bonus point, tell how many teams are in the PAC 12?

8. For one point apiece, list all 8 schools in the Ivy Leagues. Hint: Collin College is not one of them… yet.

Maryland
9. Today is the anniversary of Lord Baltimore’s arrival on the shores of what is now Maryland in 1634. Se we now ask our 7th state, Maryland. Name the capital city of Maryland. For one bonus point, name the state bird of Maryland.

Aretha Franklin
11. Today would be the birthday of The Queen of Soul herself. She remains one of the greatest singers of the 20th century. However, most of her songs were written by others. For one point apiece, name the writer who wrote the Aretha hit songs RESPECT and NATURAL WOMAN.

12. Despite Aretha’s reputation in R and B and soul, one of her biggest hits was a duet with an 80’s pop icon. The song is I KNEW YOU WERE WAITING FOR ME. Which 80’s guy did she record that song with?

MC TRIVIA RETRO CATEGORY:
This category was suggested by the MOMMAS AND POPPAS after they won MC Trivia on November 1, 2017. They gave us the category of DISNEY’S BEAUTY AND THE BEAST. Here again are the questions we asked on Nov. 8, 2017:

14. Disney’s version of the story has had three major incarnations: The original 1991 animated film, the 1994 Broadway version and the 2017 Live Action film. For one point apiece, tell the actress who played Belle in each of those incarnations.

Famous Texans
15. Jim Parsons is a such a proud Texan that he insisted his character on the Big Bang Theory was also from Texas. Where in Texas was Jim Parson’s born: San Antonio, Abeline or Houston? For one bonus point, tell how times he won the Best Actor Emmy for his work on The Big Bang Theory: 2, 4 or 6?

16. This female celebrity was raised in Dallas and is the daughter of a Dallas Cowboy Cheerleader. She started out on Barney and Friends and became a Disney Star as Mitchie on “Camp Rock”. Name this famous Texan.

Best Actress Oscars
17. Monday was the anniversary of the death of Hollywood legend Elizabeth Taylor. During her long career, she was nominated for many Oscars, winning twice for Best Actress. For one point apiece, name the two films for which she won the Oscar.

18. There is only one Best Actress winner in the history of the Oscars whose parents were also Oscar winners. Name her. For two bonus points, name her parents.

Consumer Product History
19. In 1870. a product called WONDER JELLY was introduced. What do we call that product today: Jell-O, Palmolive, or Vaseline?

Bonus Category: TIME MAGAZINE Person of the Year
Question: The sixties were a turbulent decade in American culture. Who was named Time’s Person of the Year in 1963: Martin Luther King, Jr, John F. Kennedy, Lyndon Johnson or Lee Harvey Oswald?

THANK YOU FOR PLAYING!! Let us know how you did by emailing us through our website!

Below is the link for this day in history from wikipedia. We hope you enjoy it.

Sorry I didn’t get this this time.

There once was a girl with a curl in the middle of her forehead.

When she was good, she was very very good.

When she was bad, she was horrid!

MC Trivia would like to thank everyone who has made our Wednesday evening trivia such a success! At the risk of favoritism, we would like to thank some of our original teams. Here is an incomplete list in no particular order: Batman And His Bitches, Mommas & Poppas, 3 Legged Mutts, Assorted Nuts, The Goldens, Easily Distracted. You helped make the transition from Ohio easier. Thank You.

This page is a work in progress. Thank you for your patience.